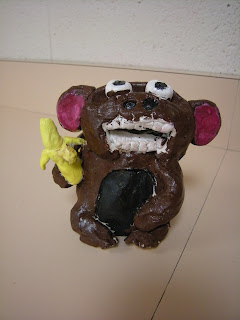 Love this clay monkey. You put the money in the mouth! 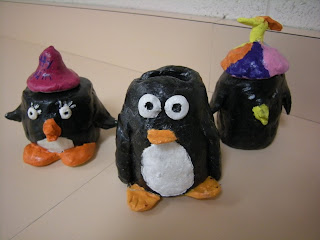 Penguins were very popular. Some added hats that you could take on and off to cover up the money hole. 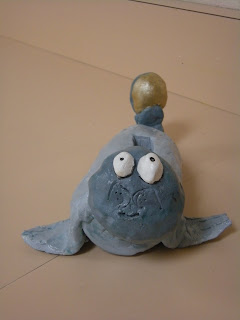 Isn't this seal great too! 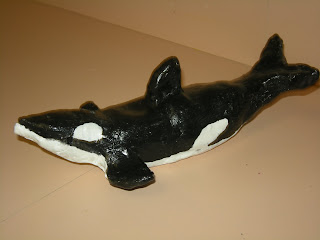 This whale blew me away!!!! 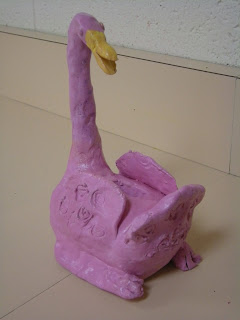 This pink ostrich cracks me up! 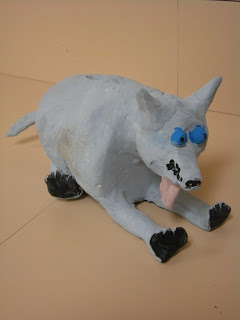 A wolf with his tongue hanging out! 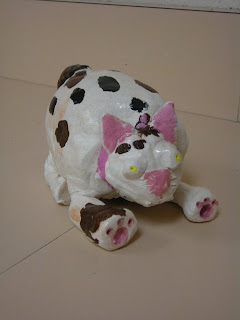 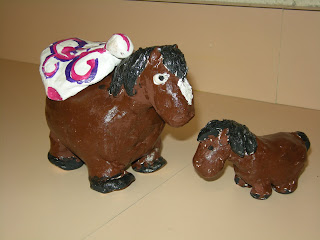 This is a talented student Ally that has her own horse. Amazing! 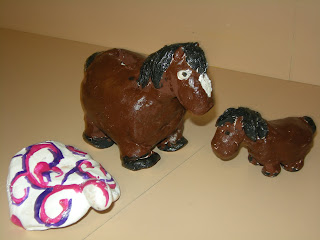 You can even take the saddle off! 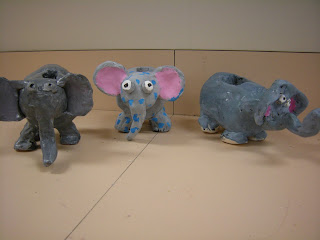 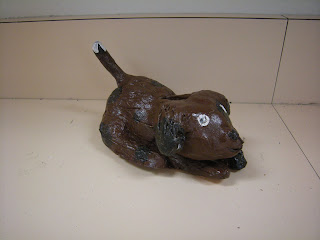 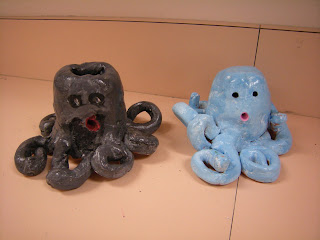 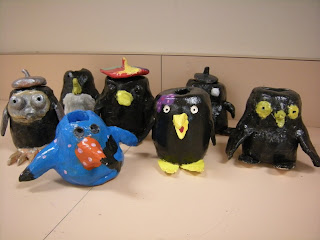 Penguins were VERY popular. Maybe next year I should just do a penguin clay project? 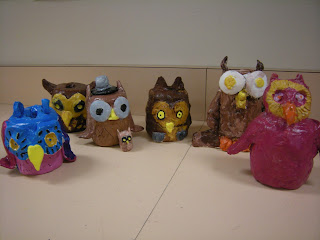 Owls were popular too. Isn't awesome how different they all are? Can you see the little baby owl next to her momma? CUTE! 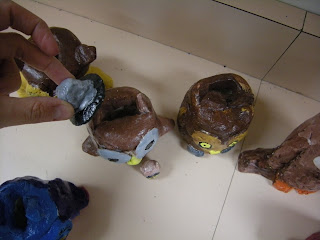 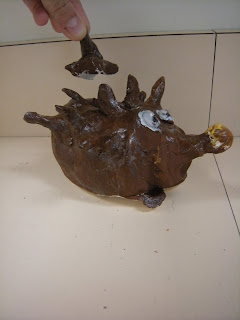 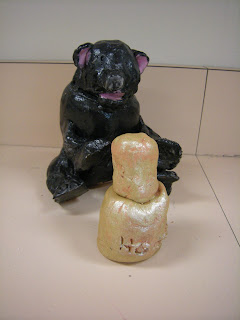 A bear with honey 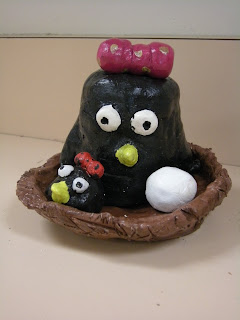 Love this family of penguins! 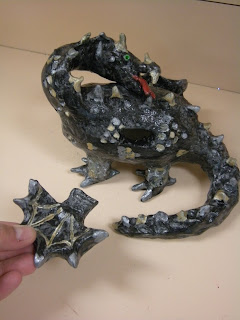 Ok, isn't this SO amazing for a 5th grader!?!?! This is Zach, he is taking a clay art class this summer at the local collage, which you can see is right up his ally! He had the idea of being able to take the wing in and out for the money hole! He worked So hard on this and even came in during a few recesses to finish. 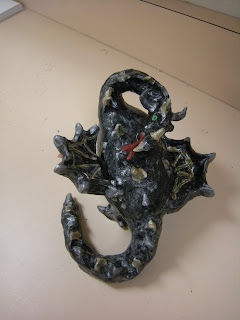 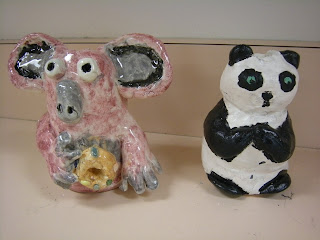 A koala and a panda. The koala was painted with under glaze, not many students chose to use it. 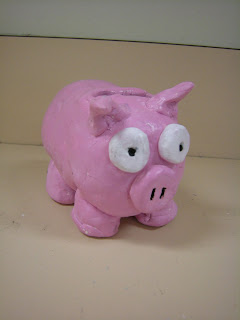 there were a few piggy banks! 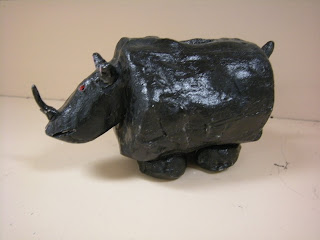 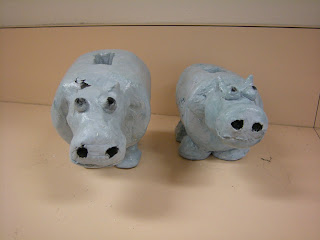 
I love this project! These clay banks were created by 5th graders. I was so amazed at their talent, there were so many good ones to post! They were made by connecting two pinch pots stuffed with a paper towel. The students could make any animal they wanted. We used tempera paint and Mod Podge because Glaze is so expensive and we are running very low! There is only one hole at the top, big enough for money to go in and come out!

Posted by Jenny Bartolazzi at 7:51 AM